We had some huge success and progress with our UE4 implementation a few weeks ago (we've been busy and haven't had time to document!). Darren has been working on modifying the latest version of 4.25 so we can use nDisplay on our Linux cluster. Although it's not particularly pretty, here it is in action.

What am I looking at here?

Each "screen" (with nDisplay Screen Preview written) is being computed and drawn from a separate Linux machine in our cluster. On top of this, each machine is also drawing in stereo, so a separate image for the left and right eye. UE4 doesn't have official support for nDisplay on Linux (Windows only) at the time of writing, so this has been a major achievement and a big step towards an eventual Pull Request into the official Epic Games Unreal Engine repo.

Going forward from here we'll be able to continue using the latest version of UE4, starting new projects and displaying them in the Data Arena. Here's the Cozy Living Room project we've been working on running in real-time stereo in the Data Arena. 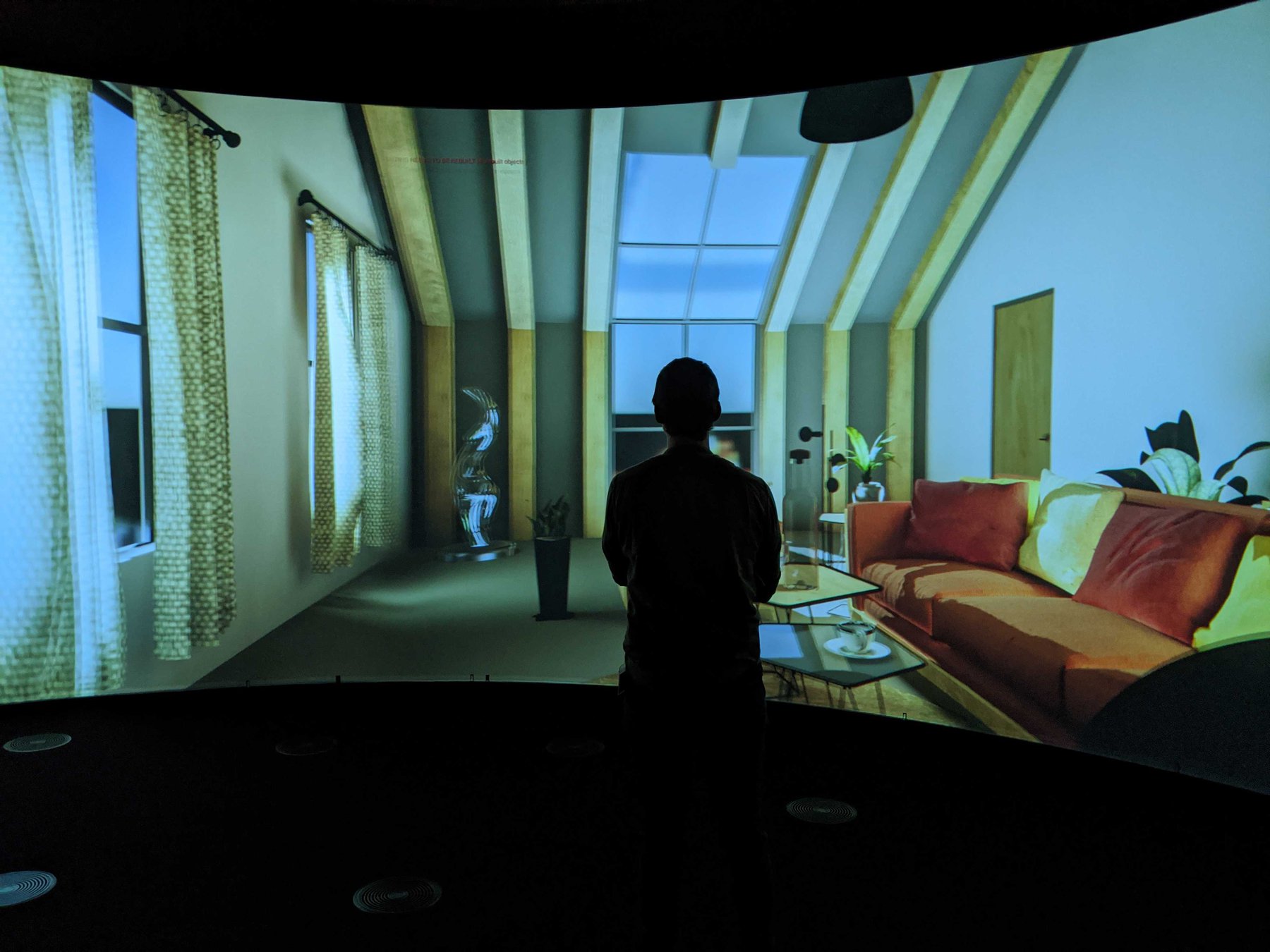 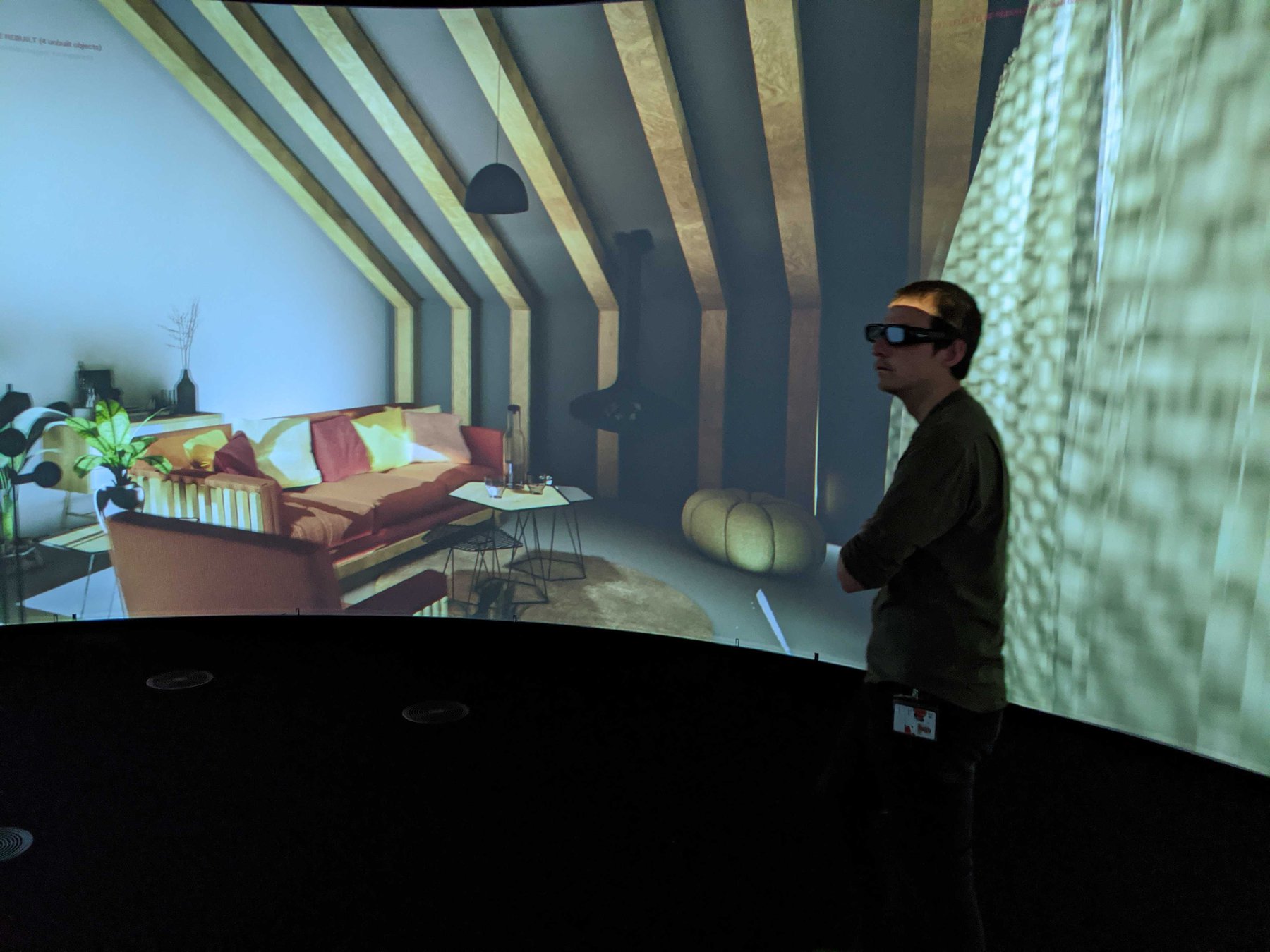