This ongoing research project explores the use of realistic musculoskeletal models to act as an adjunct to physical Human Robot Interactions for robotic assistance and assessment.

With a rise in assistive robotics in a variety of our everyday lives, there is a focus on improving current interactions between humans and robots. Despite safer robots being designed and deployed in a myriad of applications, there is still a risk of injury when any human robot interactions occur, especially if there is a physical component involved. The worst thing to occur is an injury during physical interactions due to the robot ignoring the limits of the human partner.

Musculoskeletal models act as analogues for biological organisms, with models built to simulate various parts of the human body. (and even animals such as frogs!) The pipeline for motion analysis involves collecting data and performing inverse analysis to replicate the same motions and dynamics in the model itself. Conversely, the models can be used to simulate motor control for locomotion or investigate reflexive responses of external stimuli, making them a powerful tool in neurological and physiological investigations. 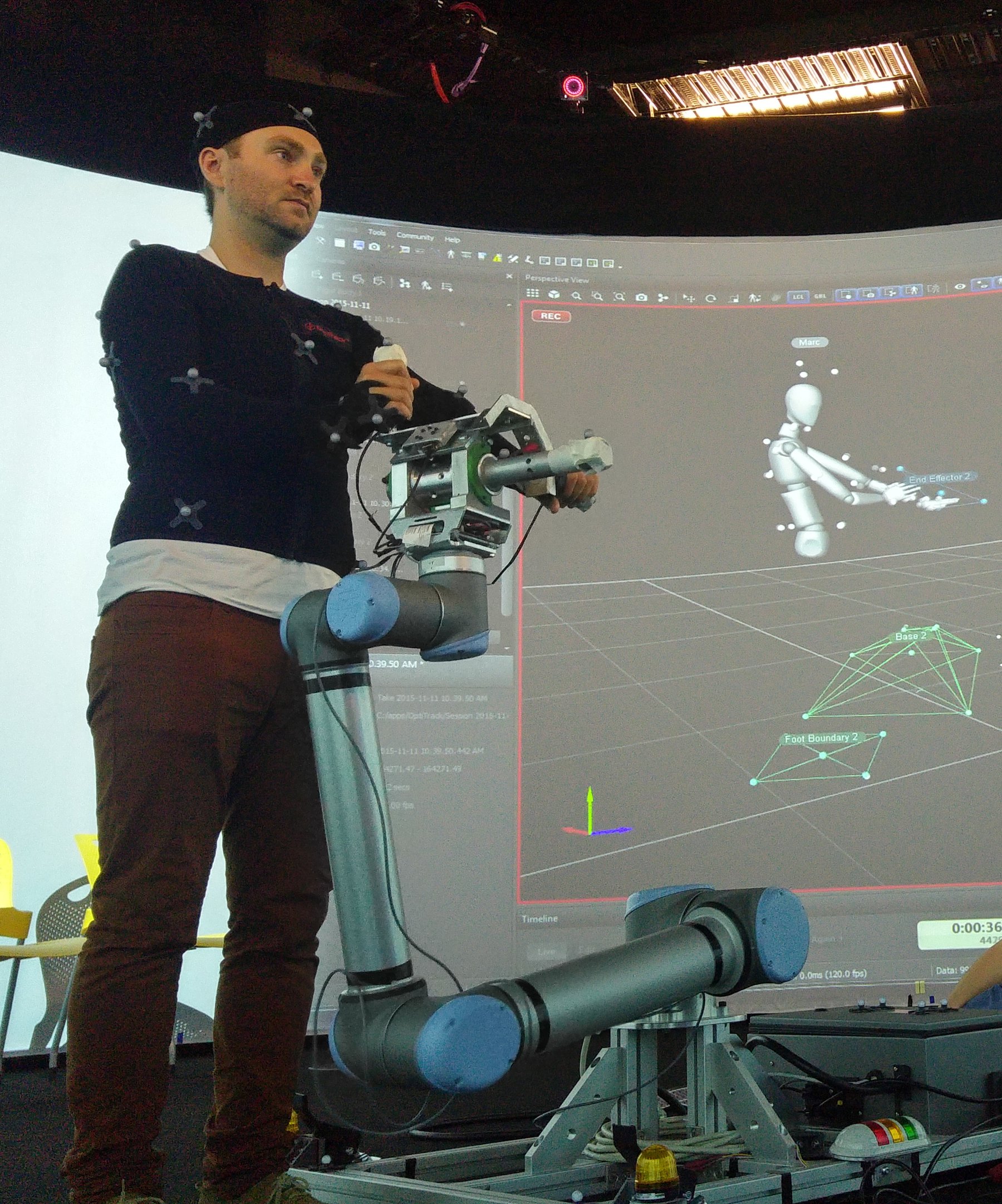 Could a worker perform grit-blasting like it was a hand-held drill? What if a robot arm was used to support the forces from grit-blasting? Could it still be controlled easily like a light drill? Dr Marc Carmichael applies regular grip-forces to handles with special sensors on the end-effector of a robot-assisted grit-blasting prototype.

Most work in physical Human Robot Interaction (pHRI) applications relies on task-centric measures to dictate the robot's response. In some cases these decisions are ergonomically or physically challenging for the human operator. Earlier work by the Centre for Autonomous Systems (CAS) has explored the use of musculoskeletal models to estimate the human user's strength capability while performing a collaborative task.

Recent work looks to find new ways to integrate musculoskeletal models for assistive applications, exploring additional sources of information to supplement the results from the models.

The project uses UTS Data Arena's Optitrack motion capture system installed in the theatre to record human motion for analysis of the Inverse Kinematics. The ability to use both upper body suits and pre-defined marker cards provides flexibility when measuring the motion of robots and humans in the theatre. The Optitrack Motive software also provides functionality to fit skeletal models to the whole upper body, completing parts of the kinematics data analysis pipeline. 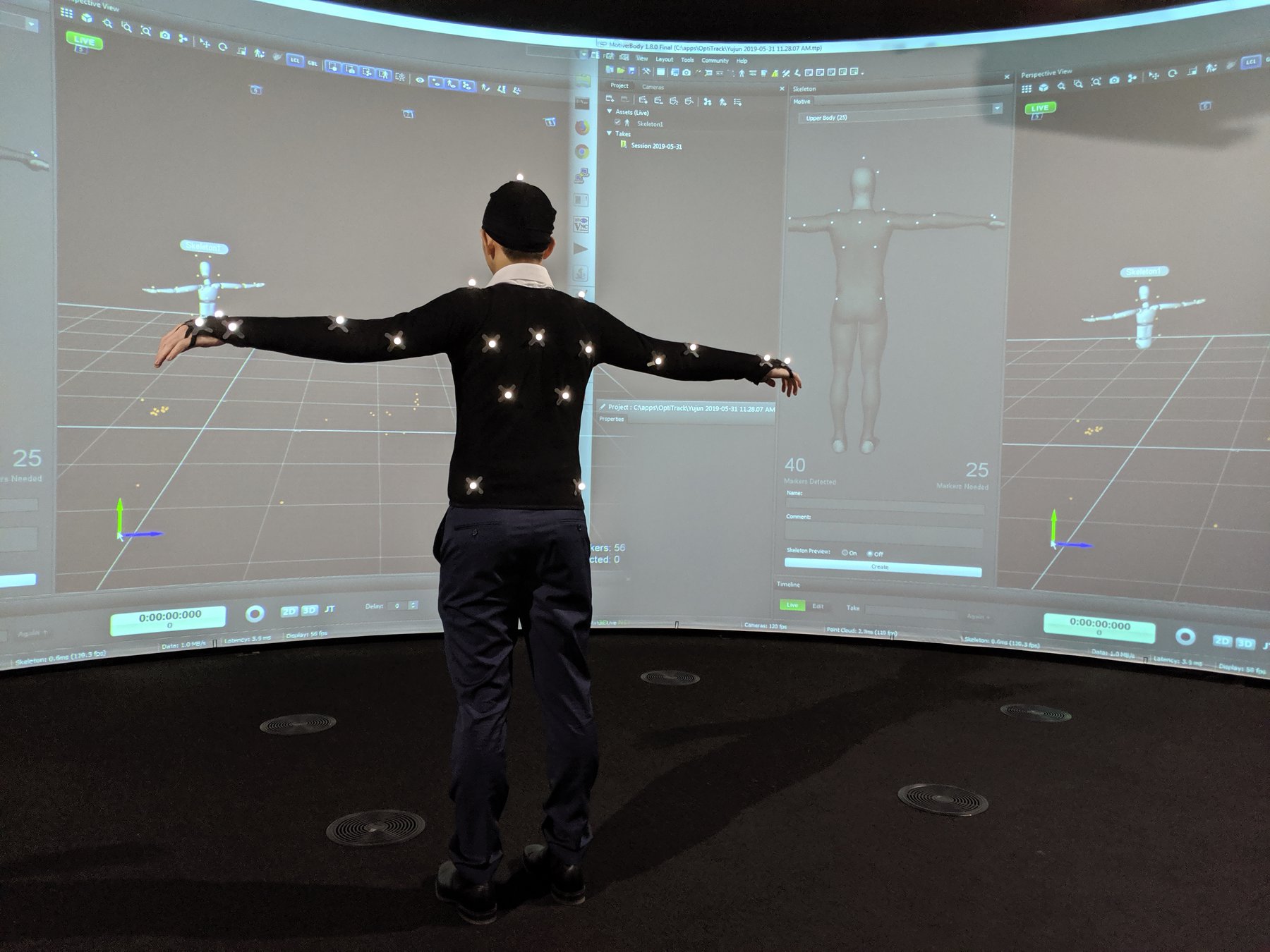 The resultant data extracted from the reflective markers are used to perform inverse kinematics to replicate the movement of the human in the musculoskeletal model.

The Optitrack marker data is presented below, with data on the unique marker cards and their individual markers. Once inverse kinematics is performed, the replicated motion in the musculoskeletal model can be used for further analysis.