Explore a 10 cm model of Sydney City and surrounds

This presentation shows how Omegalib and Open Scene Graph can be used to display a 3D Model in 3D-Stereo in the Data Arena. Explore Sydney using the wireless 3D Space Navigator (3D Mouse).

The model is high resolution - 1 pixel represents 10cm! There are several levels of detail. Parts of this model have been included in Google Earth, but some areas are exclusive to this dataset such as the area around UTS.

The data was purchased from Aerometrex in Dec 2018. There's an Australian company MetroMap which has these 3D models for sale, in various file formats.

As we have the data in-house, our presentation calculates separate left-eye & right-eye views of the model data, then presents these in 3D-Stereo in the Data Arena. Viewers wear see-through active shutter glasses which synchronise the with stereo video projection display. The glasses let you see 3D Stereo, yet you can still see everyone else in the theatre. It's not the isolating experience typical of VR Head Mounted Displays (HMD). The result is the truly immersive. The models completely surround you in the Data Arena's 360 panoramic display. 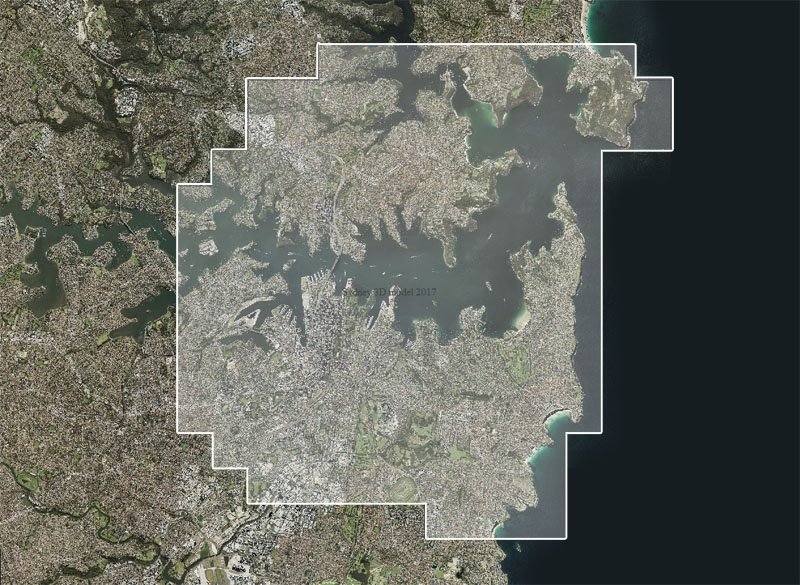 We chose OSGB which is Open Scene Graph Binary format. As a second/backup/alternate format we went with FBX (on the assumption there might be some additional meta-data such as model heirachy). Houdini will load FBX, which leads to many further options, and was a good plan-B for this project. However, the OSG format worked well. The OSGB format has levels of detail, and has the model already split into tiles, which improves the display speed. You should check with Metromap on the details for any model.

This demo is a button on the iPad which controls the Data Arena. Just press "Sydney 3D". You'll need the space navigator and some 3D glasses.