Lighting iterations in the Living Room

A lot has changed since our original post on the Living Room model we've been experimenting with. Here's where we are at with the latest static lighting build, using a lot of knowledge gathered from the previous post. We think it's looking pretty great. 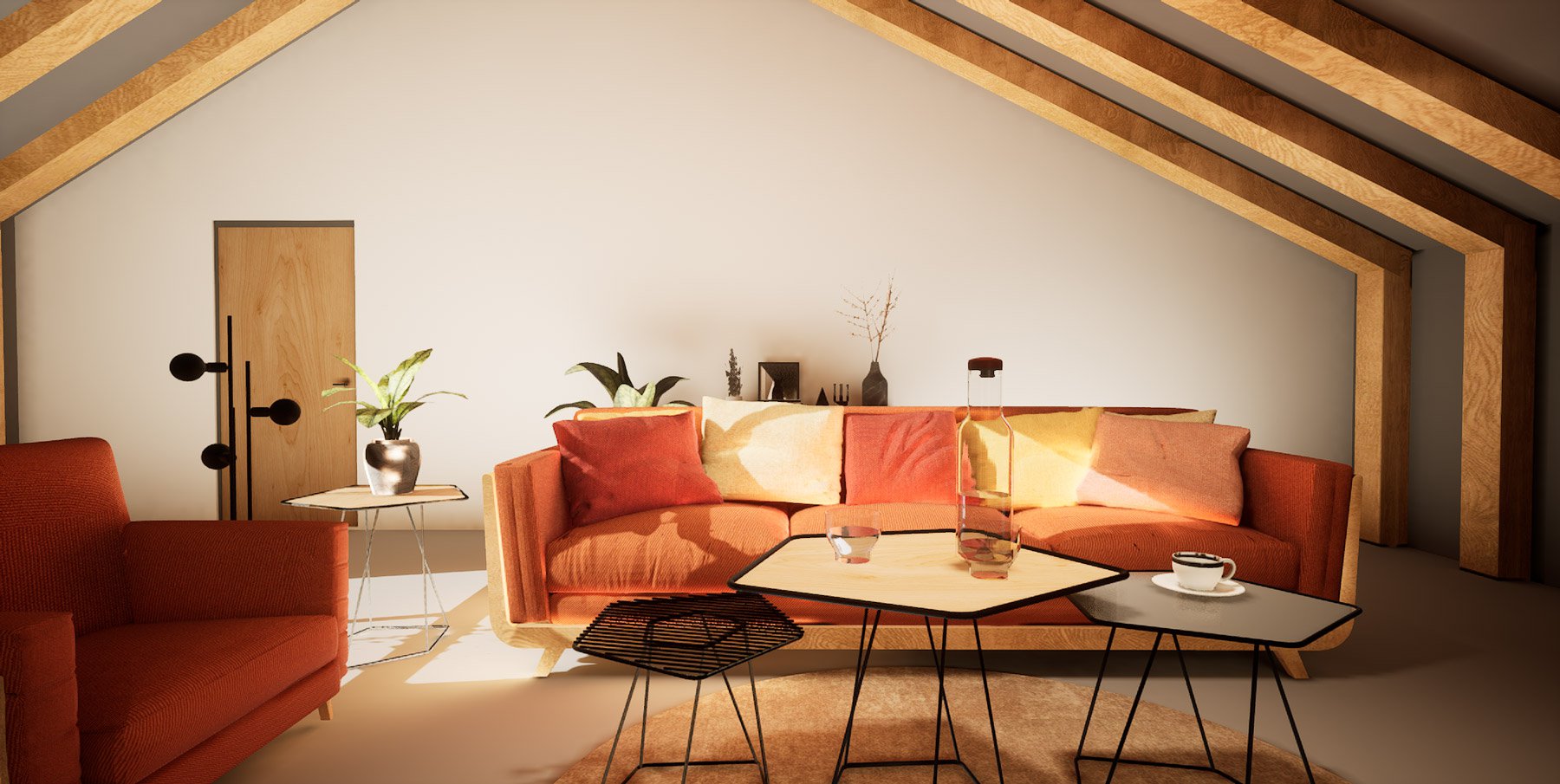 While working on the indirect lighting intensity from the directional light source (sunlight) we noticed a blue wash of light that resembled some kind of ambient light source. As an advanced tool the concept of "ambient" light didn't make sense in UE, so it took a while to figure out where it was coming from. 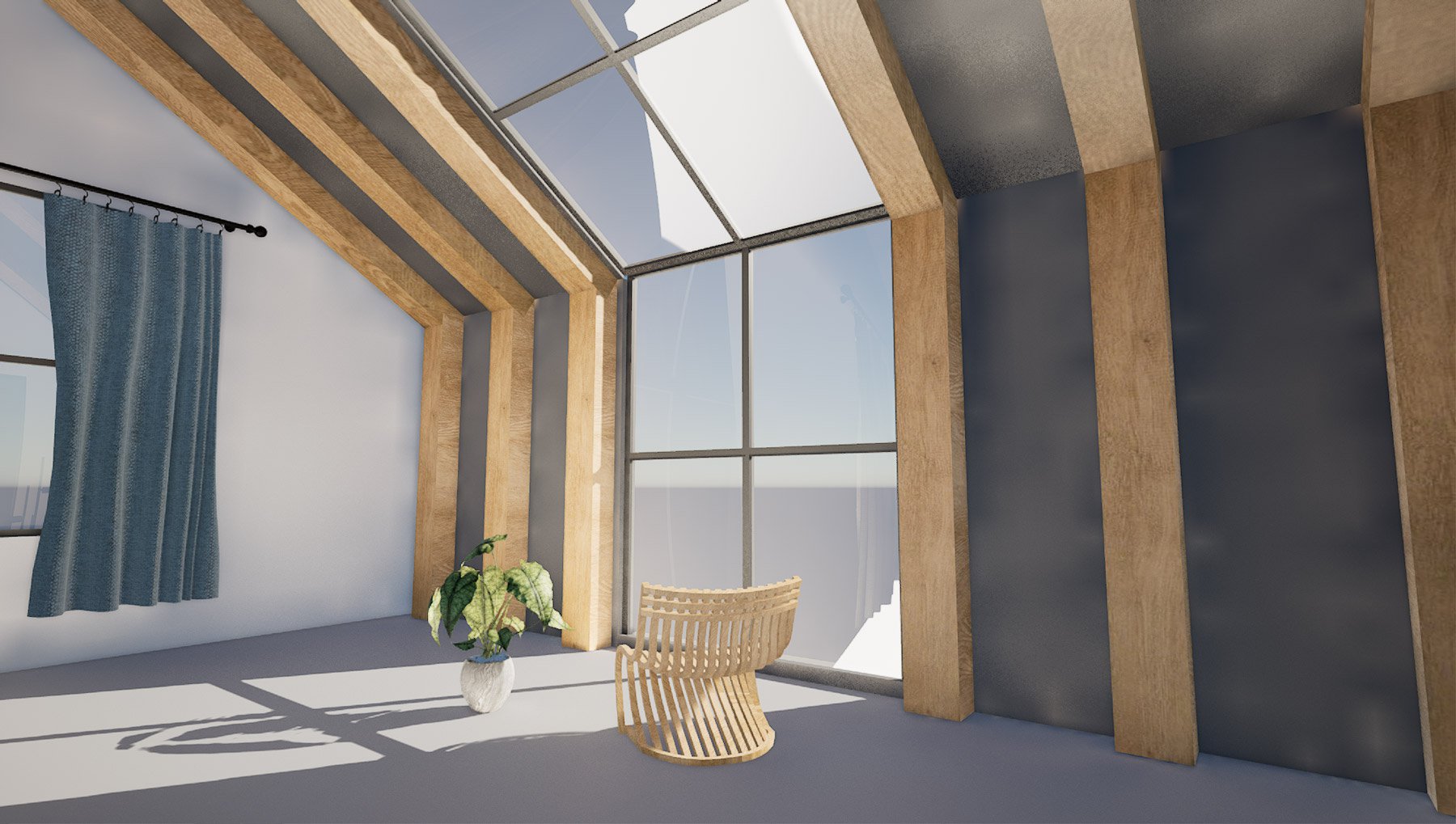 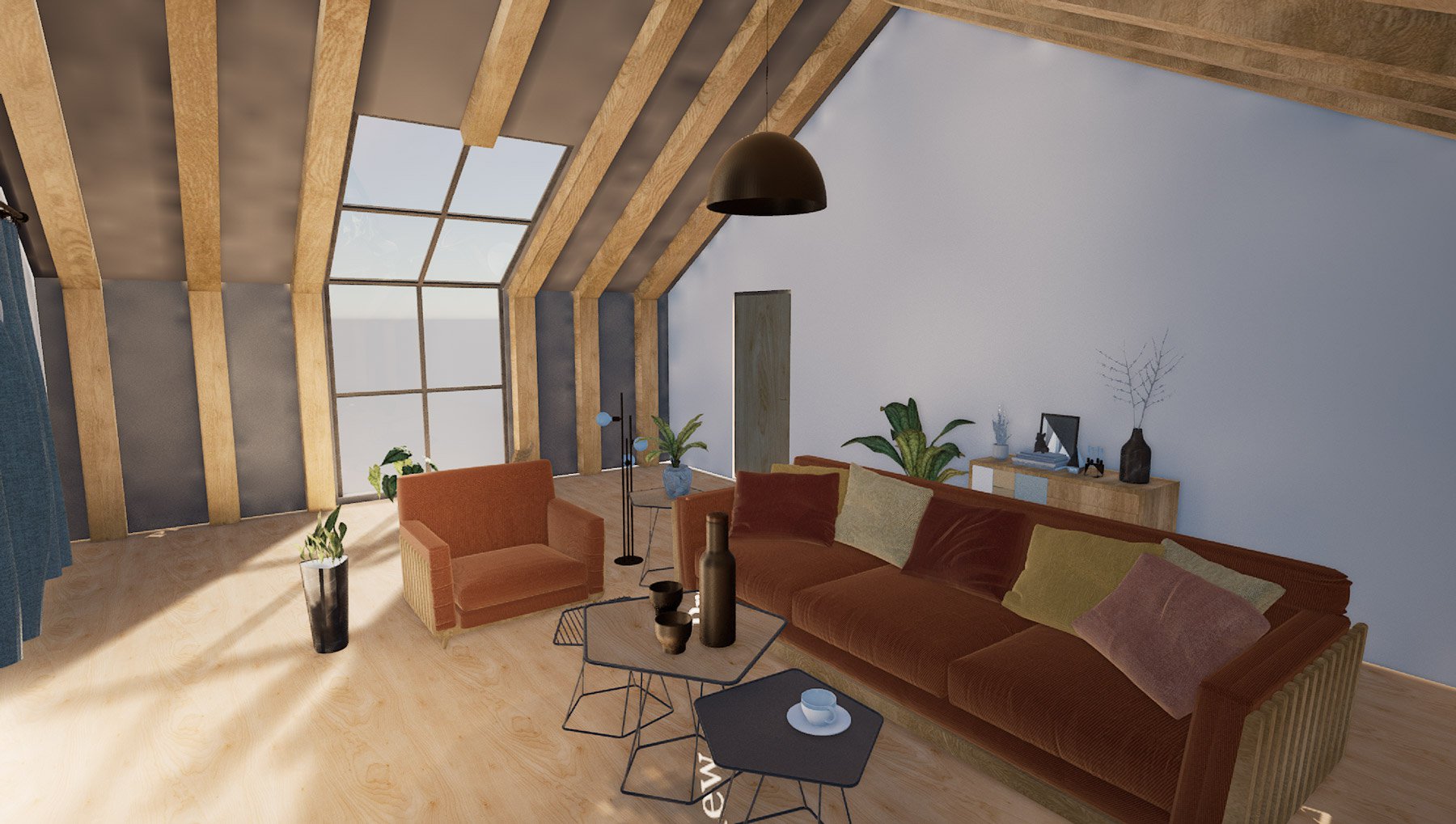 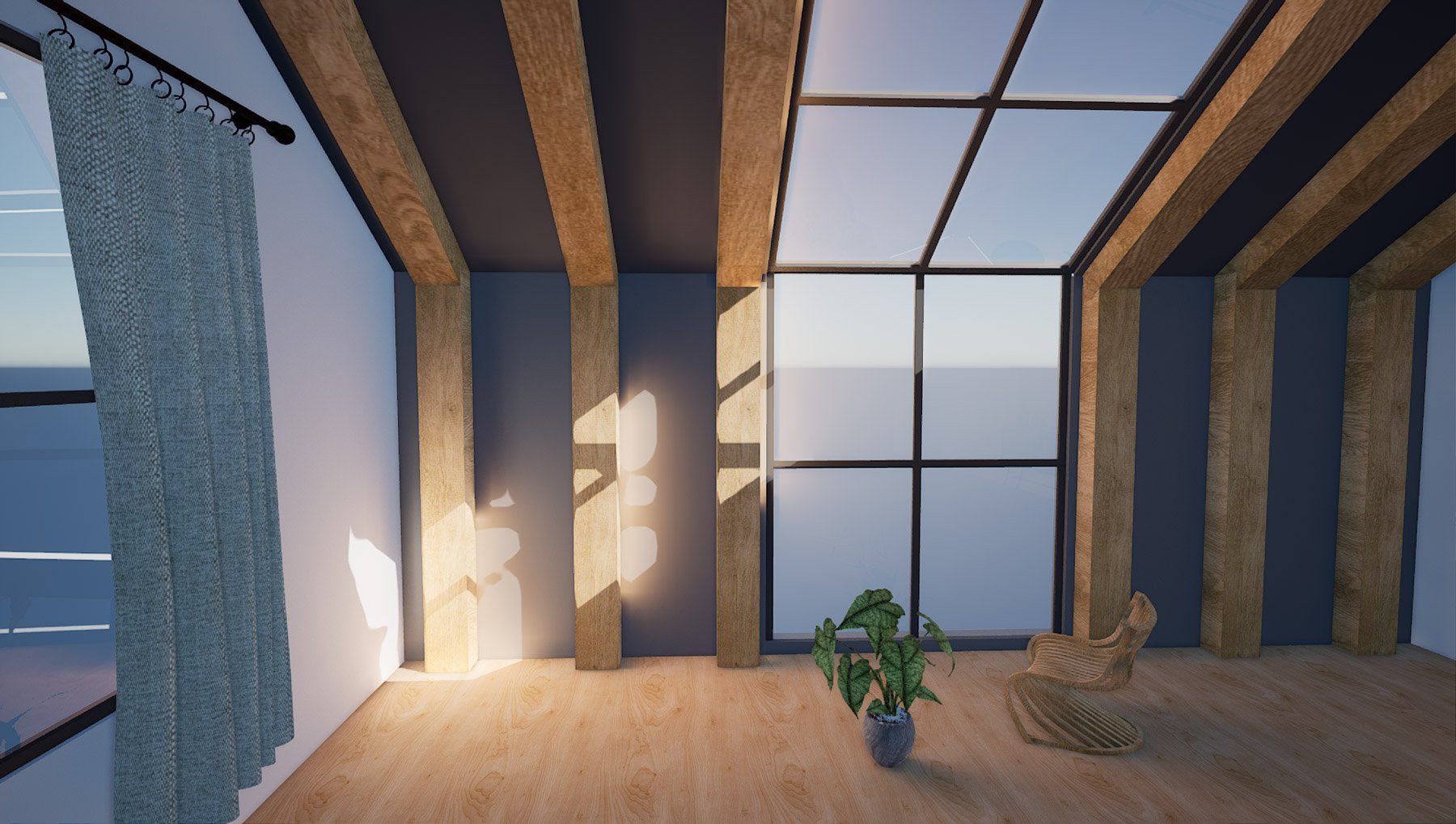 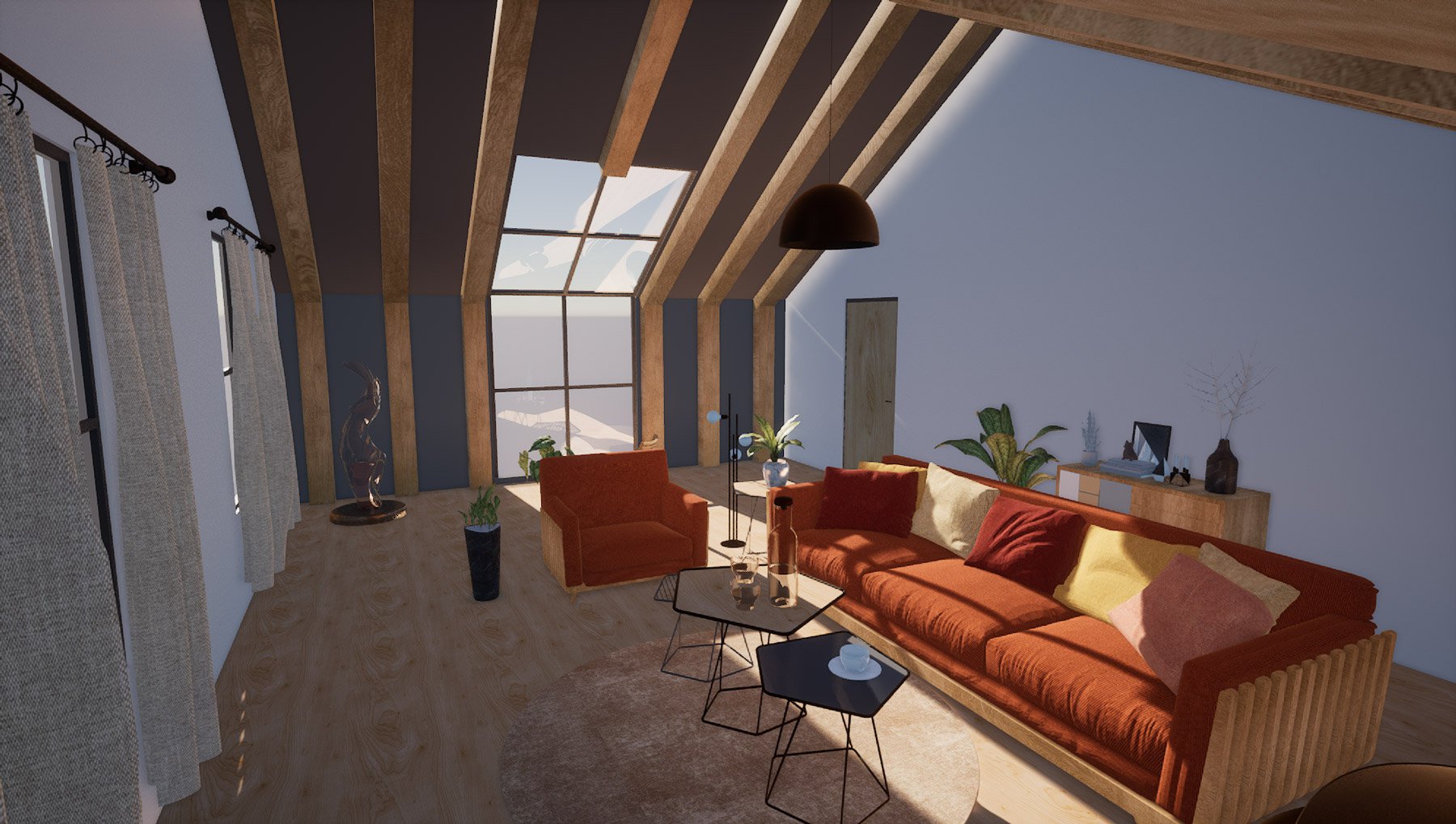 We soon found that the Skylight actor in the scene was causing the light wash as a sort of atmospheric effect, most useful for high altitude rendering to give a sense of height and depth between the camera and other objects. This of course isn't helpful inside a living room! After adjusting the intensity of the effect and a few other settings, we started achieving more realistic light builds from the single directional light source.

Notice in the two images below that something we still need to work on is allowing some kind of indirect light to come through the windows. Currently the only light source is direct sunlight, and rays that bounce off the surfaces that it lands on. In the second image, the sunlight is facing the opposite angle and doesn't make it into the house, but we should still see some light coming through the windows from the general atmosphere. 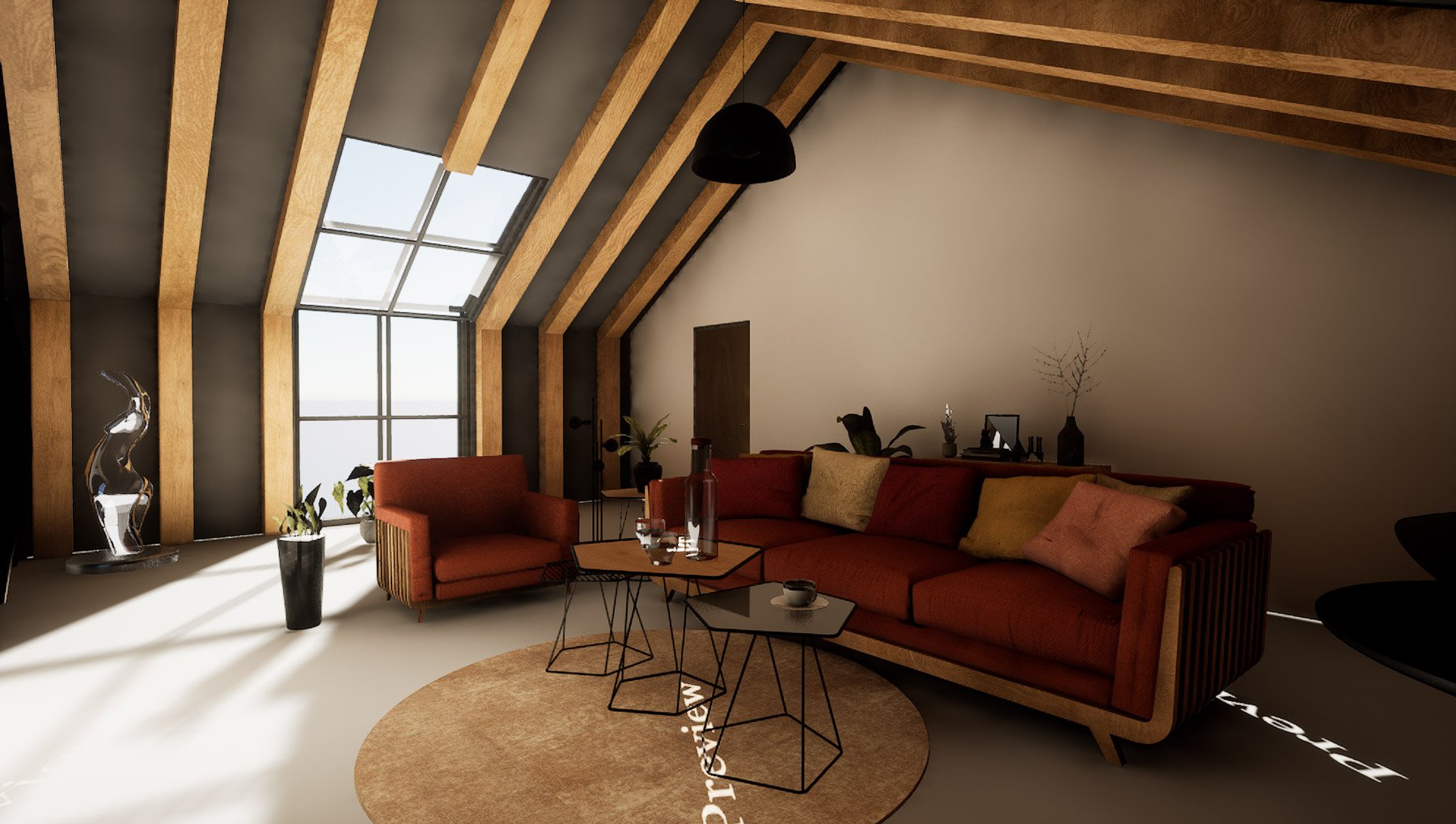 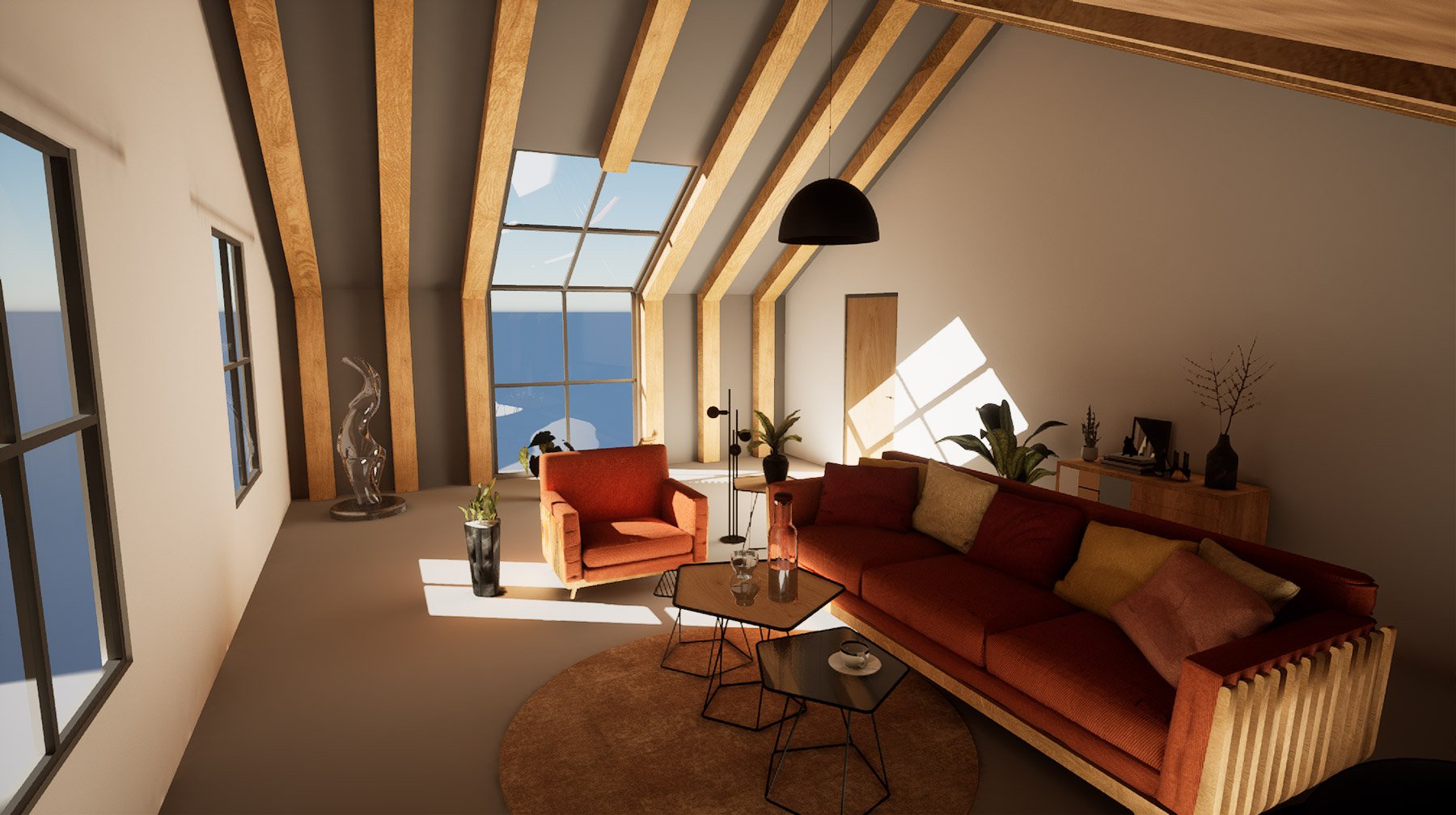 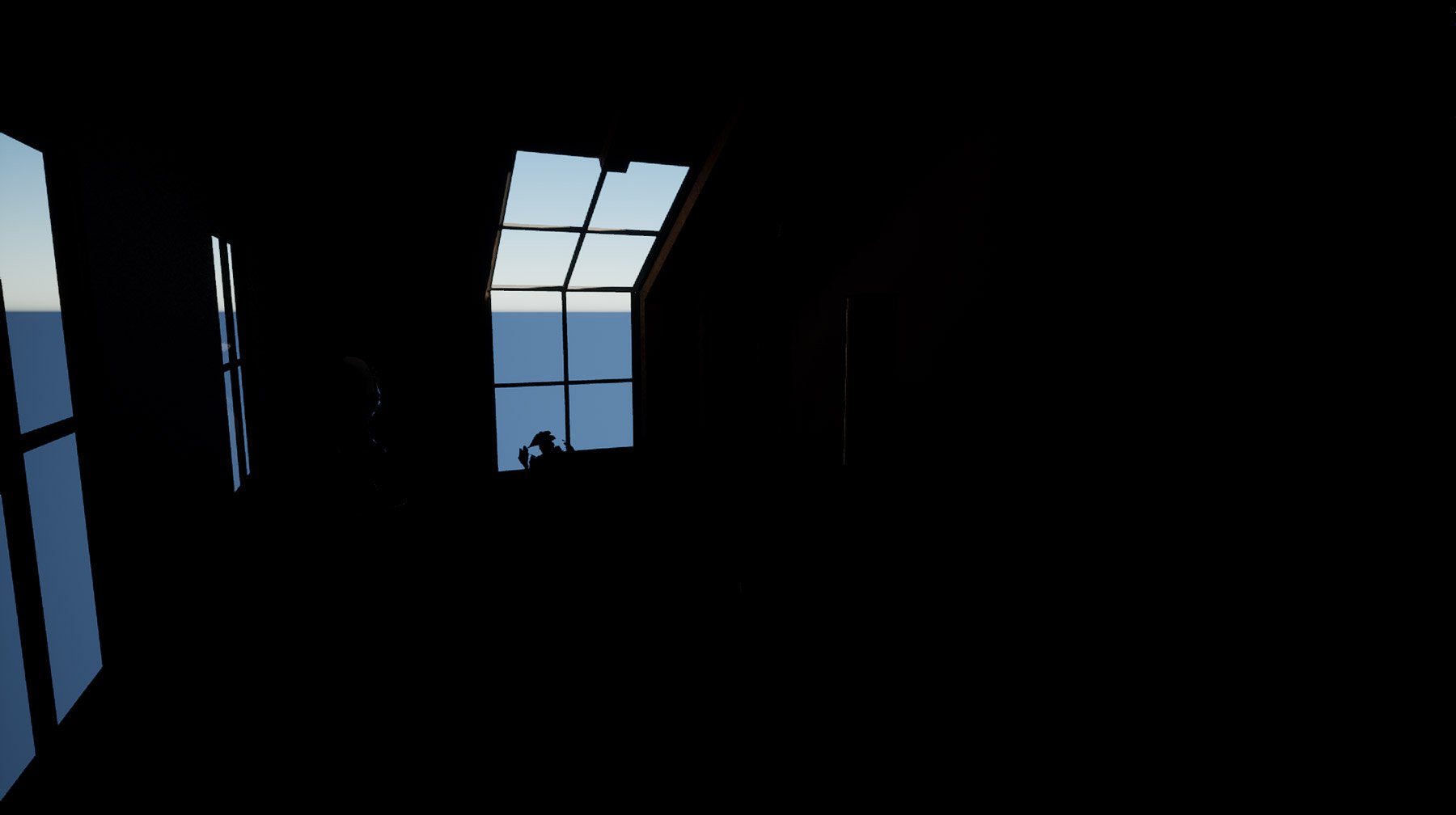 We'd like to keep improving on the static lighting of this scene to show off the capabilities of Unreal Engine, however the engine is capable of a lot more than beautiful lighting so most of our time will be invested in interactivity with objects at runtime.